Plant a Seed and It will Grow

As these maps of Indiana illustrate, where solar is planted, solar grows. Where solar existed in 2011, there is significantly more solar in 2020. 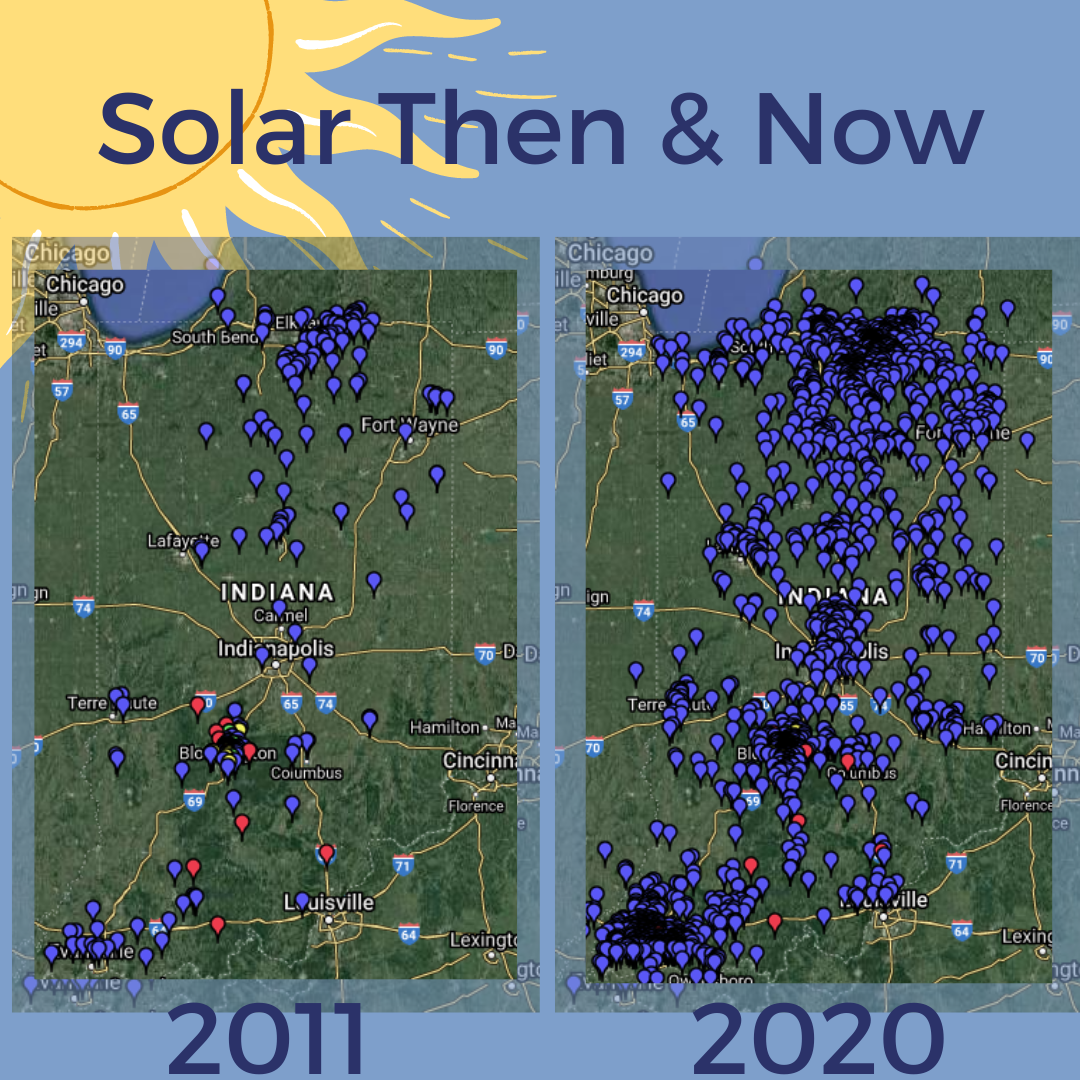 Although many people like the idea of having panels on their home, numerous challenges, myths, and perceptions that hold them back. By addressing these, Solarize programs make going solar easy and attractive. 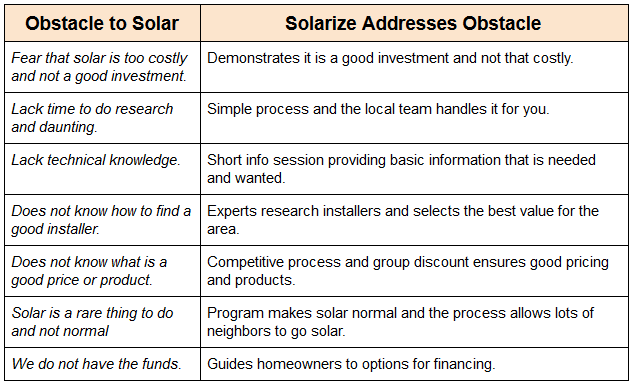 Solarize programs can quickly double the number of solar arrays in a community – be that ten or 100. Over a period of years, these arrays influence neighbors and others to install panels – and their arrays do the same until the community reaches a point where solar feels normal and households go solar that would not have considered it just a few years earlier.

Consider Bloomington. In 2011, it had 40 solar homes and by 2018, it had 243 – and a few neighborhoods where one in ten homes have panels. In Bloomington, solar now feels normal, a shift that can be attributed to the efforts of SIREN (Solar Indiana Renewable Energy Network) and its partners. Between 2012 and 2016, SIREN offered information sessions that explained solar costs and benefits to hundreds of Bloomingtonians. In 2016, it shifted its approach by partnering with the Interfaith Community of Environmentalist Youth (ICEY) and then with the city. SIREN implemented Solarize programs that made it easy and lower-cost to install solar. Uptake took off. In this table, the number of new solar arrays each year shows the impact of the solar info sessions and Solarize initiatives (combined with falling panel prices and Indiana’s 2017 anti-net metering bill).

Furthermore, this process beneficial for installers and the public.

Property Owners: Solarize takes away the daunting process of going solar by making it simple and offers competitive pricing for those who think it might be too costly.

Solar Installers: Solarize reduces customer acquisition costs by providing a large number of prospective customers who are already educated about solar and who are not comparing proposals from other installers; thereby, passing on lower prices to Solarize customers.